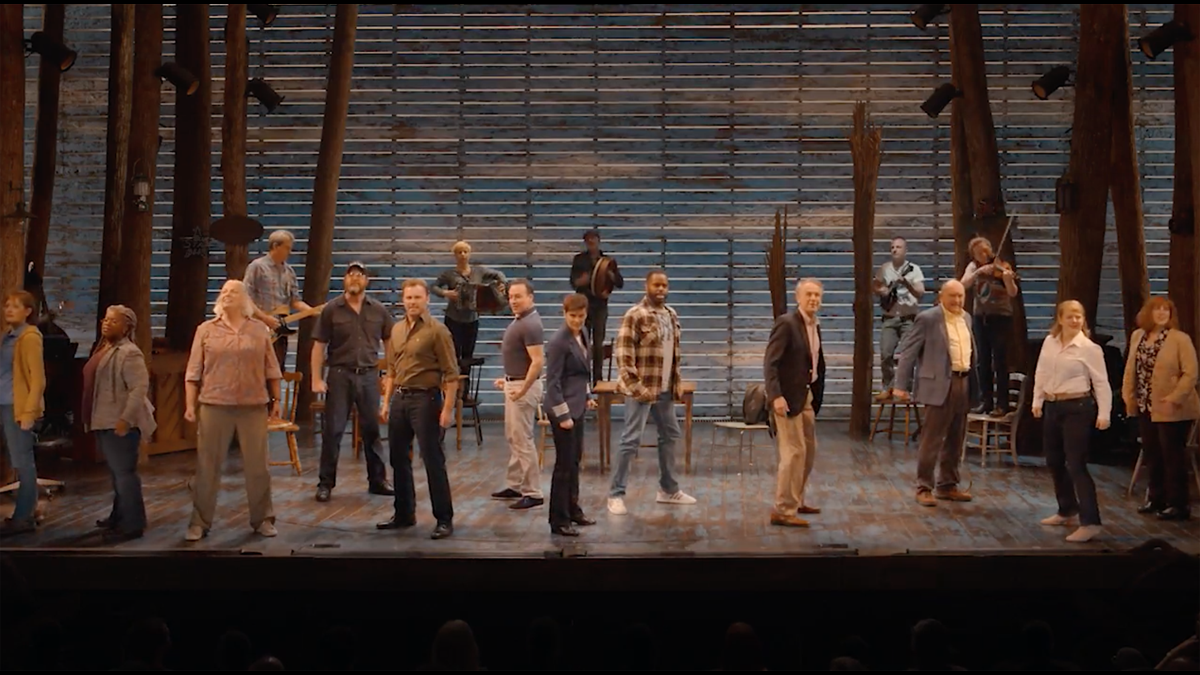 Get ready to visit Newfoundland! Casting is set for the previously announced filmed stage production of Broadway's Come From Away. Jenn Colella reprises her Tony-nominated turn as Beverley/Annette and others with fellow original Broadway cast members Petrina Bromley, Joel Hatch, Caesar Samayoa, Q. Smith, Astrid Van Wieren and Sharon Wheatley. Former Come From Away cast members De’Lon Grant, Emily Walton, Jim Walton and Paul Whitty also return to the production. Tony Lepage, who has been a standby for the Broadway musical since it opened, plays Kevin T. and others. As previously reported, Apple TV+ will premiere the film on September 10.

Tony-winning director Christopher Ashley helmed the production, which was filmed at the Schoenfeld Theatre in May for an audience that included 9/11 survivors and front-line workers. Ashley also recently directed the filmed version of the stage musical Diana for Netflix. Come From Away features musical staging by Tony-nominated choreographer Kelly Devine and music supervision by Ian Eisendrath.

Featuring a book and score by Irene Sankoff and David Hein, Come From Away is based on the true story of when the isolated community of Gander, Newfoundland played host to the world. What started as an average day in a small town turned in to an international sleepover when 38 planes, carrying thousands of people from across the globe, were diverted to Gander's airstrip on September 11, 2001. Undaunted by culture clashes and language barriers, the people of Gander welcomed the stranded travelers with music, an open bar and the recognition that we are all part of a global family.

Come From Away opened on Broadway in March 2017 and received seven Tony nominations, including Best Musical. Ashley took home the trophy for Best Direction of a Musical. As previously announced, Come From Away will resume Broadway performances on September 21.

Get a first look at the filmed production by watching the teaser trailer below!