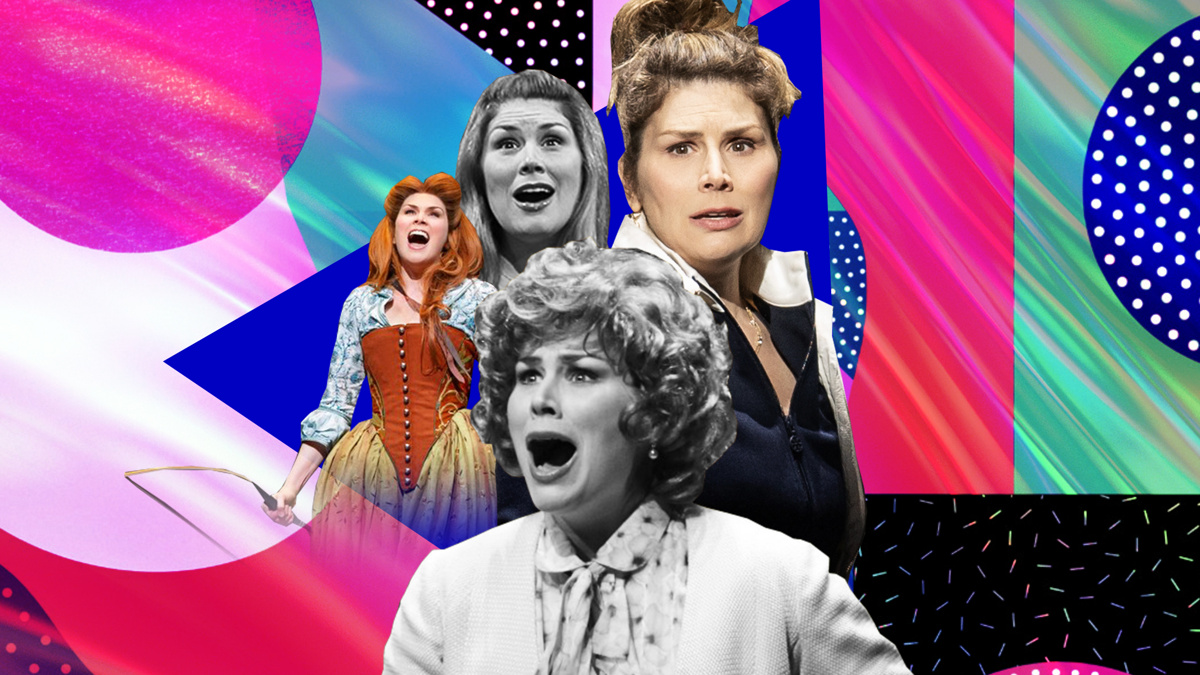 Throughout her Broadway career, Heidi Blickenstaff has played funny wives, a sea witch and even herself. On the latest episode of The Broadway Show, Blickenstaff joined Broadway.com Editor-in-Chief Paul Wontorek for a walk through her resume, reminiscing in front of the theaters that were home to shows like Something Rotten!, [title of show], The Addams Family and more. “When you’ve devoted your life to musical theater and somehow you manage to be in this neighborhood, it’s quite a privilege,” she said. Blickenstaff shared memories from her experiences.

On The Full Monty at the Eugene O’Neill Theatre: “That was my Broadway debut, and it was a total fluke that it happened. I got the call at like four o’clock on some random afternoon that said, ‘Do you feel like saving a Broadway show today?’ My ensemble track was Susan Hershey, but I understudied Vicki Nichols, played by Emily Skinner, who I was obsessed with. Still am.”

On playing Heidi in [title of show] at the Lyceum Theatre: “We were writing a show about writing a show that the audience is watching. I highly recommend writing your own material because you can write to your strengths.”

On playing Bea Bottom in Something Rotten! at the St. James Theatre: “[When you’re in a show with that many hilarious people], you feel like you’re not funny at all. You can’t suddenly burst into some improvisational wackadoo. If those were going to be the guys to do it, it would have been Brooks Ashmanskas and Christian Borle. They certainly could. But we were very well-behaved.”

On playing Mary Jane Healy in Jagged Little Pill at Broadhurst Theatre: “That album was on repeat in my car for a very long time. Elizabeth Stanley, who is my very good friend, opened the show before the pandemic, got nominated for a Tony Award for this role, got pregnant during the pandemic, had that baby and was not quite ready to come back when Jagged reopened. So, they called me. I was thrilled to be asked.”

Watch the video below, and head here to check your local listings for The Broadway Show. Hosted by Emmy-winning anchor Tamsen Fadal, it is the only nationally syndicated weekly theater news program.