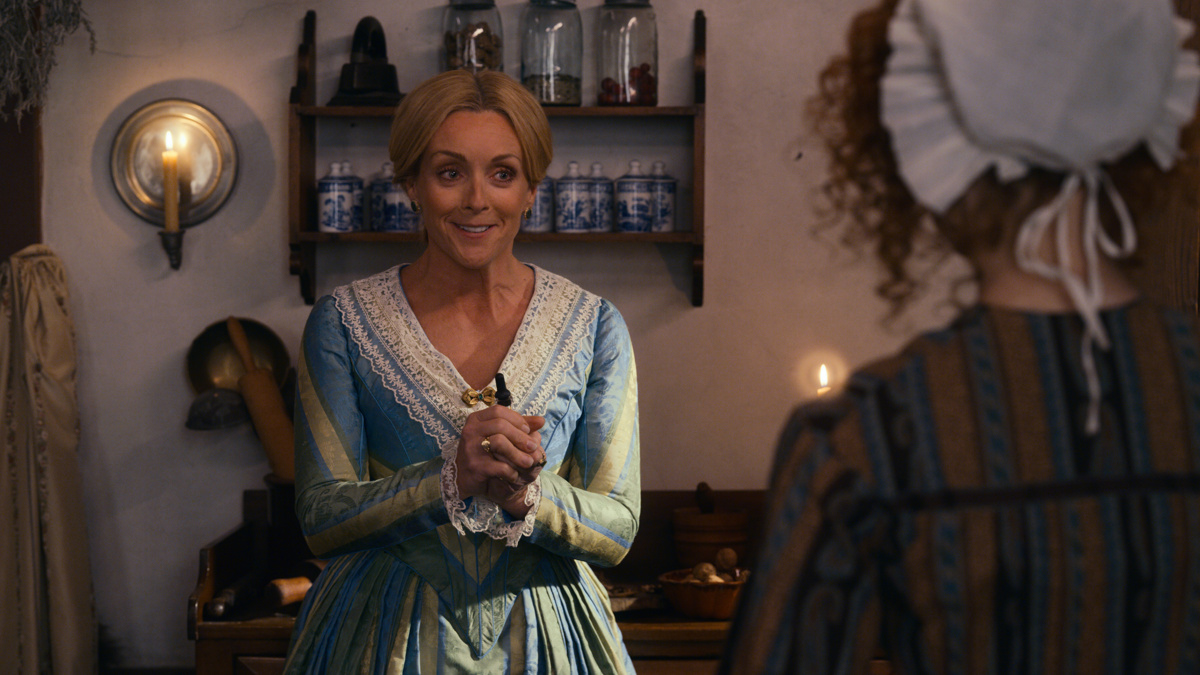 Tony winner Jane Krakowski is known for her performances on TV’s 30 Rock and Unbreakable Kimmy Schmidt, now she’s back on the small screen on two shows. She’s hosting a reboot of Name That Tune on Fox and starring in Apple TV+’s Dickinson. Broadway.com Editor-in-Chief Paul Wontorek caught. up with Krakowski on the newest episode of Broadway Profiles with Tamsen Fadal to talk about what drew her to these new projects. “I was longing to do something with a live audience,” she said of her Name That Tune gig. “It was a game that we played in my childhood home growing up. I had a very musical family.” She also says she was excited to take on Dickinson, since the role is “a very different part for me.” Watch the segment below, and head here to check your local listings for Broadway Profiles. Hosted by Emmy-winning anchor Tamsen Fadal and powered by Broadway.com, it is the only nationally syndicated weekly theater news program.