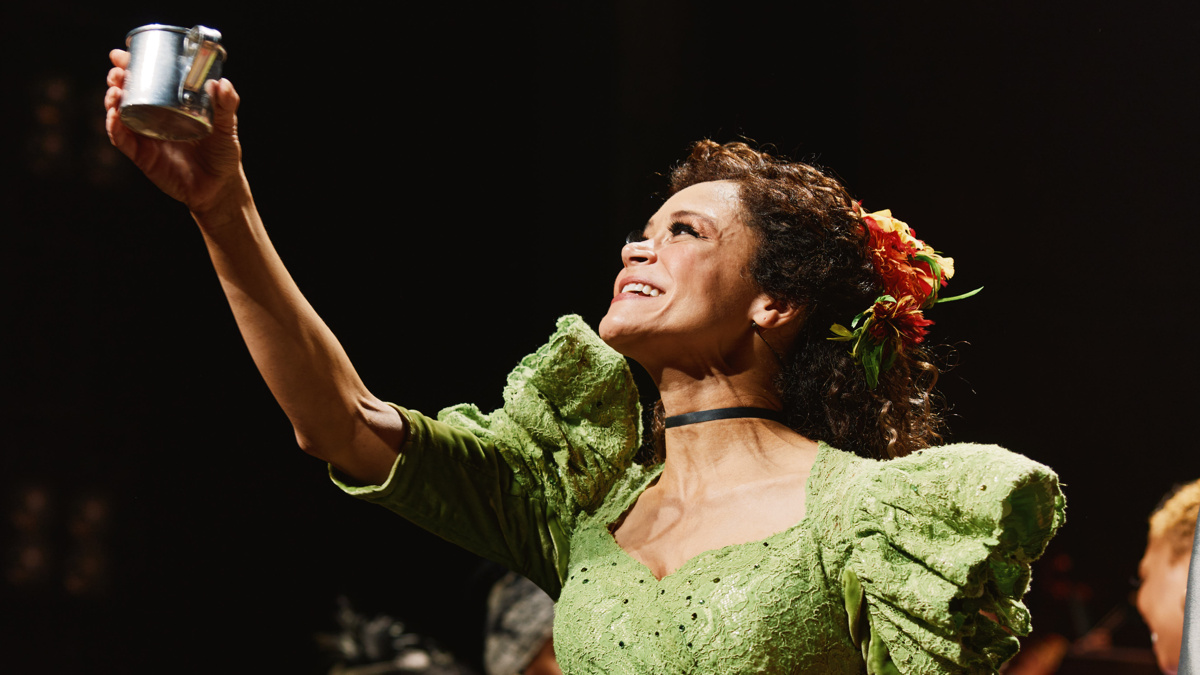 Raise a Cup! Go Inside the Reopening Night of Tony-Winning Hadestown on Broadway

Audiences returned to go way down to Hadestown at the Walter Kerr Theatre for the first time since the Broadway shutdown. After performing the Tony-winning hit, the cast and creative team were welcomed to the stage with flowers and cheers. As previously announced, the cast is led by Tony winner André De Shields as Hermes, Amber Gray as Persephone, Eva Noblezada as Eurydice and Reeve Carney as Orpheus. Tom Hewitt plays the role of Hades until original Broadway cast member Patrick Page returns on November 2. Jewelle Blackman, Jessie Shelton and Mariand Torres play the Fates and the chorus of Workers include Anthony Chatmon II, Afra Hines, Timothy Hughes, John Krause, Trent Saunders and Kim Steele. Go inside the opening night by checking out the photos and video below!

Feel like you’re in the room by watching the video welcoming Hadestown back to Broadway!