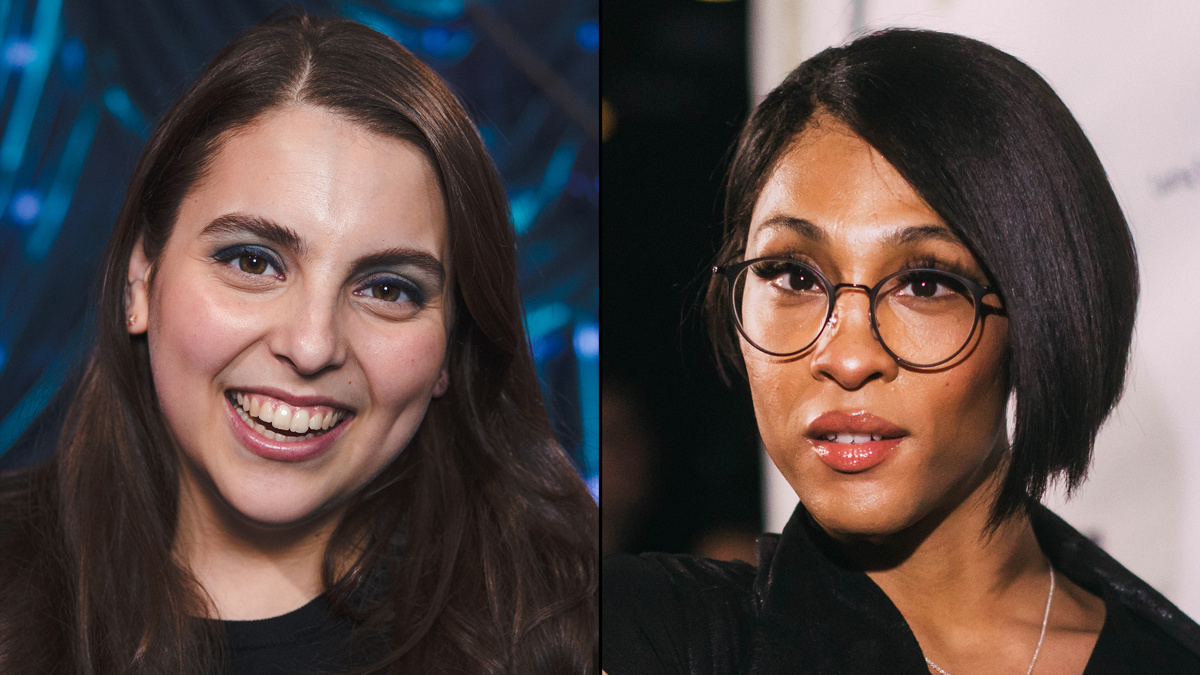 Beanie Feldstein & More Cast in Girls Can’t Shoot (& Other Lies)
Stage and screen stars Beanie Feldstein and Michaela Jaé Rodriguez (aka MJ Rodriguez) are among the performers cast in the anthology series Girls Can’t Shoot (& Other Lies), which is based on the essay collection, Feminists Don’t Wear Pink (and Other Lies), curated by Scarlett Curtis. According to Deadline, Feldstein, Rodriguez, Kat Dennings, Jameela Jamil and Lolly Adefope will star in the series, which will have a pilot executive produced by Broadway alum Saorise Ronan. The first season will explore the expectations of women in storytelling by placing heroines at the center of traditionally male genres. Curtis will serve as an executive producer and write the pilot. Feldstein and Rodriguez have partnered to develop the episode in which they will co-star. A production timeline will be announced later.

Watch a New Teaser for The Tragedy of Macbeth
Something wicked this way comes! A new teaser trailer for the starry screen adaptation of Macbeth, which had its world premiere on September 24 at the 59th New York Film Festival, has arrived. The Tragedy of Mabeth is Joel Coen’s new film based on the Shakespeare tragedy. As previously reported, the movie stars Tony winners Denzel Washington and Frances McDormand. The Tragedy of Mabeth will hit theaters on December 25 and arrive on Apple TV+ on January 14, 2022. Check it out below!

Complete Casting Announced for Cullud Wattah
Casting is complete for Susan Smith Blackburn Prize winner Erika Dickerson-Despenza’s Cullud Wattah. Directed by Candis C. Jones, the play will have its world premiere beginning on November 2 after its initial run was delayed due to the theater shutdown. Featuring Crystal Dickinson, Lizan Mitchell, Andrea Patterson and Alicia Pilgrim, the play tells the story three generations of Black women living through the water crisis in Flint, Michigan. The cast will also include Jennean Farmer, Ta’Neesha Murphy, Chavez Ravine and Lauren F. Walker. Opening night is scheduled for November 17. Cullud Wattah will run through December 5.

Patricia Dayleg Named Director of Equity, Diversity & Inclusion
Patricia Dayleg has joined the company of Harry Potter and the Cursed Child as Director of Equity, Diversity and Inclusion. Following 10 years in government and community-based nonprofits, she officially begins in the newly created role on October 18. Dayleg will be responsible for the development and execution of the vision of a more inclusive and diverse workforce for Cursed Child’s Broadway and San Francisco productions and also for Funny Girl‘s forthcoming Broadway revival. “I’m excited to be part of the team to help Harry Potter and the Cursed Child build an inclusive culture so that everyone truly feels seen and valued,” Dayleg said in a statement.