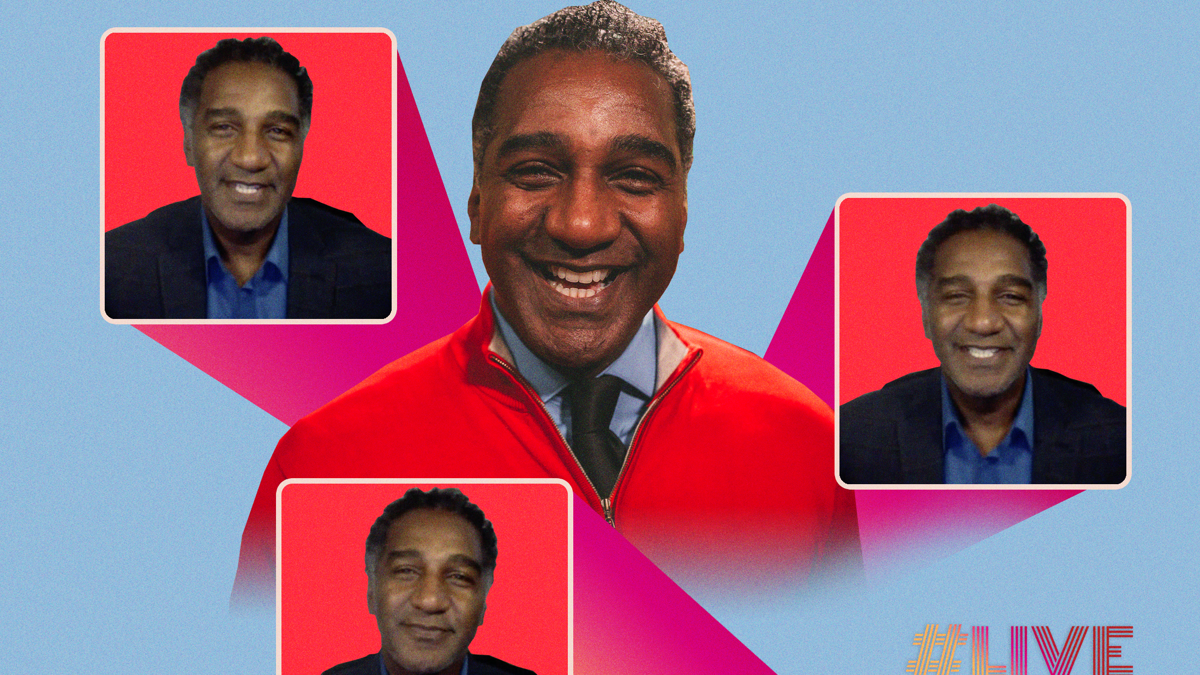 Norm Lewis stars in Da 5 Bloods, the new Spike Lee movie hitting Netflix on June 12. In his biggest screen role yet, Lewis plays Eddie, a former serviceman of the Vietnam War who returns to Vietnam with his crew of friends to honor their fallen friend. The Tony nominee stopped by Broadway.com's #LiveatFive: Home Edition to talk about the film's "prophetic" nature, how his Broadway credits helped land him the gig and more.

Originally meant to have a theaterical release and play at the Cannes Film Festival, Da 5 Bloods is debuting on Netflix due to the ongoing COVID-19 pandemic. "Spike Lee has always been a leader in Black culture," Lewis said. "And I feel like the movie is prophetic to what's happening right now. In each thing that Spike does, not only is it entertaining, but there always seems to be an educational proponent to it. It was educational for us, the guys in the show. I had no idea about this story and it really brought a new awareness, and hopefully authenticity, to us developing our characters throughout this movie."

Although it tells the story of a group of black soldiers who fought in Vietnam, Da 5 Bloods is relevant in the wake of current events. "It's interesting—the timing of the release," Lewis said. "This is a part of history that was left out. We did a lot of research going into this, did you know that there was 11% of African Americans in the United States at that time, but they made up 33% of the Army? All of my non-Black friends are calling to say they see me and they support me and they love me. This is a time where people are willing to find out more about this culture and history and I feel like this movie will be one of those keys that opens that door."

With over 12 Broadway credits to his name, Lewis is known for his history-making turns in The Phantom of the Opera, Les Misérables, Porgy and Bess and more. His impressive theater resume is one of the reasons why director Spike Lee knew he would be perfect for Da 5 Bloods.

"We've known each other for a long time; I think he saw Porgy and Bess five times," Lewis said. "Eddie is pigeon-toed and that was another reason I think that [Lee] thought of me. He knew that I had gone through some physical deformity for a year being in Porgy and Bess. He told me that he knew I could handle it. When he said, 'I want to offer you that role,' on the inside I'm jumping up and down like a little boy that just found out he got on the football team, but I'm trying to be cool and like, 'Thanks, man, it's an honor to be part of anything that you do.' On the inside, I was losing it. It's really an honor to be part of this project."

Lewis may not be singing front and center in the film, but that didn't stop him from singing out on set. "When we were finishing up certain areas, Spike would say, 'Hey, we're on a slow boat going somewhere. Norm, sing that song from that show.' So, I had to sing "Boat Leaving for New York" in the middle of the jungle. You do as Spike says, so that's how I ended up singing in Thailand."