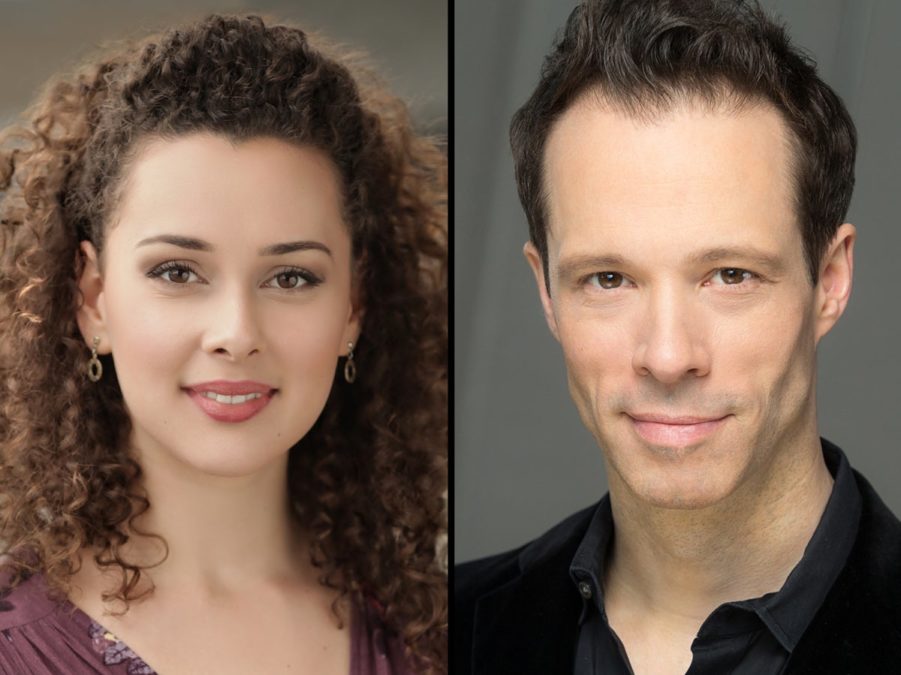 This tour is being headlined by a loverly pair of stars! Shereen Ahmed and Laird Mackintosh have been cast in the central roles of Eliza Doolittle and Henry Higgins in the upcoming road production of Lincoln Center Theater’s Tony-nominated My Fair Lady revival. The previously announced tour will launch at Syracuse’s Landmark Theatre on December 10 and officially open at The Kennedy Center in Washington, D.C. on December 19.

Ahmed made her Broadway debut in My Fair Lady on Broadway, appearing as Ms. Clara Eynsford-Hill and understudying the role of Eliza. Her regional credits include Legally Blonde, West Side Story, Shrek and Jekyll & Hyde.

Mackintosh has been seen on Broadway in The Phantom of the Opera (as both The Phantom and Monsieur André), in addition to a turn in Jekyll & Hyde. His other credits include the national tour of Mary Poppins and the Encores! staging of 1776.

Adapted from George Bernard Shaw’s Pygmalion, My Fair Lady, with a book and lyrics by Alan Jay Lerner and music by Frederick Loewe, boasts a score that includes now-classic songs such as “Wouldn’t It be Loverly?,” “I Could Have Danced All Night,” “Get Me to the Church on Time,” “On the Street Where You Live,” “The Rain in Spain” and “I’ve Grown Accustomed to Her Face.”

Additional casting for the national tour will be announced at a later date.

More Buzz About My Fair Lady