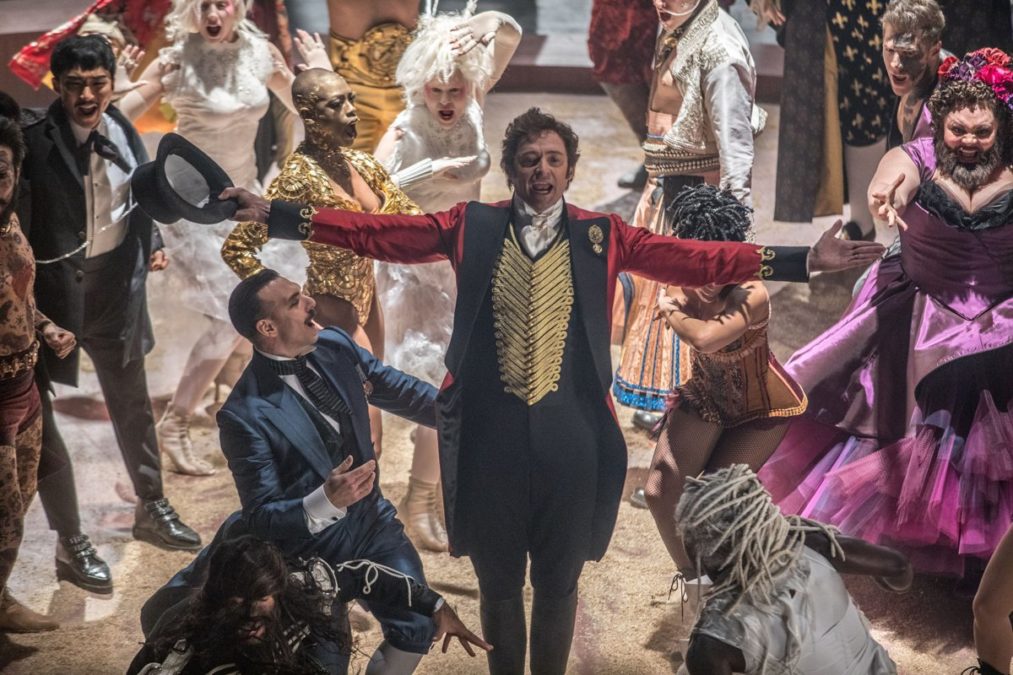 Hugh Jackman & the Cast of The Greatest Showman Teaser Trailer

Look out, 'cause here they come! Broadway beltress Keala Settle saaangs these words in just one of many colorful, fantastical teasers for forthcoming The Greatest Showman film trailer. Step right up, movie musical fans—the full trailer premieres on June 28. Hugh Jackman's eagerly anticipated film is scheduled to arrive in theaters in 2018. Take a look at the trailer teasers below, each posted by a member of the star-studded cast, including Settle, Jackman himself, Zendaya, Zac Efron and the film's music makers Benj Pasek and Justin Paul.

In addition to Settle's thunderous vocals as the bearded lady, we're obsessed with Zendaya's cotton candy pink hair and the super swoopy romancing going on in the dance/stunt sequences.

Mastermind and film star Jackman recently opened up about the project at CinemaCon in March, saying this "rags-to-riches tale" is all about "taking risks."

Nevertheless, the star power Jackman's got on board makes the movie musical seem like it will be a surefire box office smash. In addition to Settle, Jackman, Efron and Zendaya, the cast also includes Paul Sparks, Will Swenson, Rebecca Ferguson and Michelle Williams.

The film will follow P.T. Barnum’s (Jackman) career that led him to be known as the iconic entertainer and creator of the three-ring circus. Jackman initially signed on to play the entertainment pioneer in The Greatest Showman on Earth in 2009, but the project stalled.

Oscar winner Bill Condon penned the script. Visual effects artist and commercial director Michael Gracey will helm the feature film. Oscar and Dear Evan Hansen Tony winners Pasek and Paul will provide all of the musical material for the movie; one of their songs can be heard in the teasers above.

Get the popcorn and peanuts ready—this one's giving us must-see vibes!