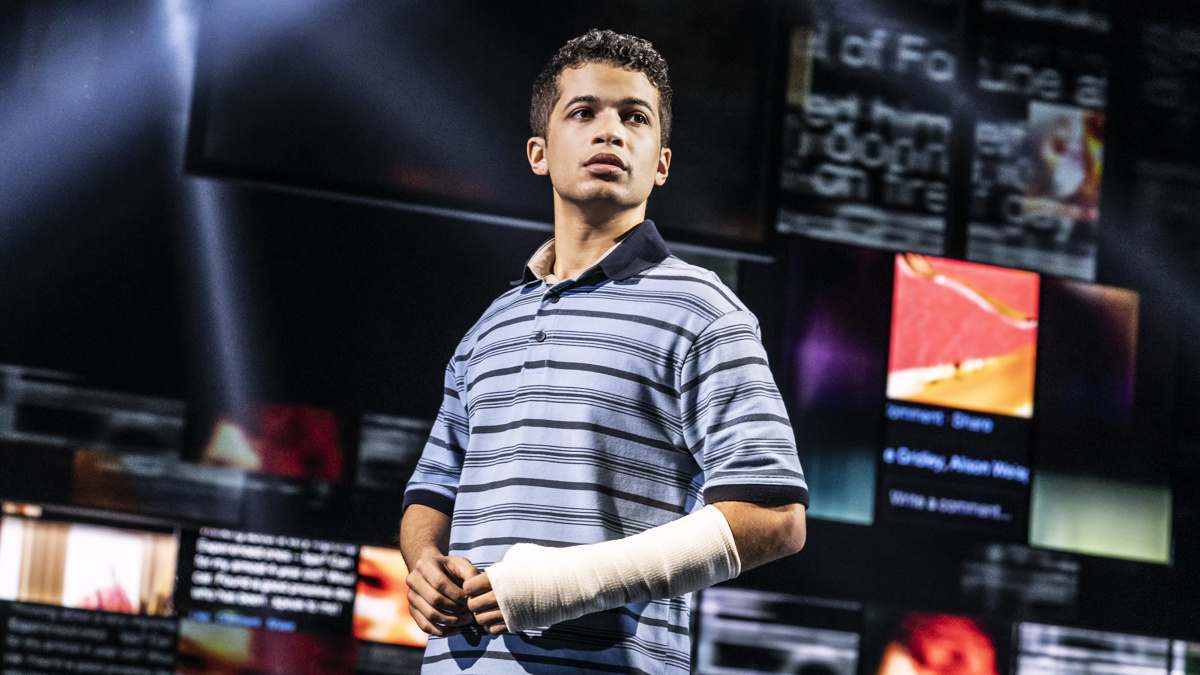 Jordan Fisher will don the blue polo once again to star in Dear Evan Hansen when the Tony-winning musical resumes Broadway performances at the Music Box Theatre on December 11. Fisher announced the news on June 1 when he appeared on Good Morning America to perform “You Will Be Found.” Full casting for the musical’s return will be confirmed later.

Fisher first joined the Broadway company on March 2, 2020, just 10 days before the COVID-19 pandemic caused Broadway to close. He made his Broadway debut in Hamilton and has been seen in Fox’s live musical productions of Grease and Rent. Fisher’s other screen credits include the Teen Beach Movie franchise, Liv and Maddie and The Secret Life of the American Teenager. He was crowned winner of the 25th season of Dancing with the Stars.

Watch the Dear Evan Hansen cast members sing “You Will Be Found” on GMA below!