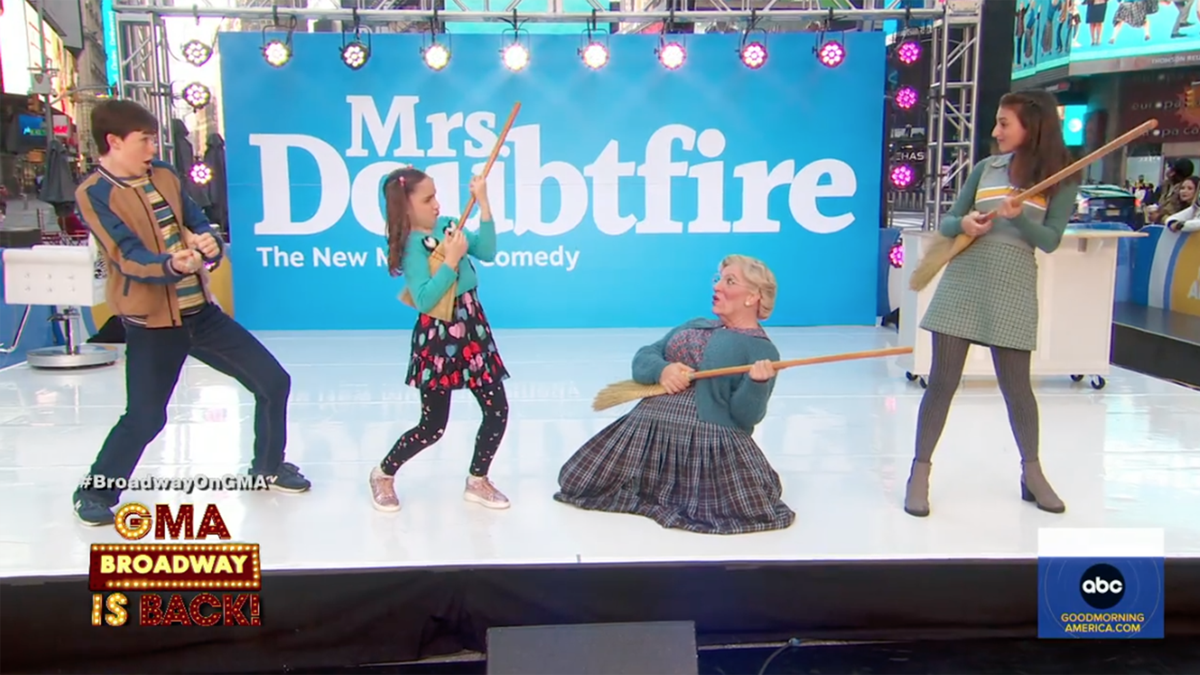 Are you ready, dearies? Get a sneak peek of Mrs. Doubtfire, which officially opens at the Stephen Sondheim Theatre on December 5, thanks to the cast performing the song  “Bam! You’re Rockin’ Now” on Good Morning America on November 18. Watch as Tony nominee Rob McClure leads the company in the title role along with Jenn Gambatese as Miranda Hillard, J. Harrison Ghee as Andre Mayem, Analise Scarpaci as Lydia Hillard, Jake Ryan Flynn as Christopher Hillard, Avery Sell as Natalie Hillard and Brad Oscar as Frank Hillard. Mrs. Doubtfire, based on the 1993 hit movie of the same name, features a book by Karey Kirkpatrick and John O’Farrell and music and lyrics by Wayne Kirkpatrick and Karey Kirkpatrick. Get ready to say hello to Broadway’s new nanny by watching the clip below!