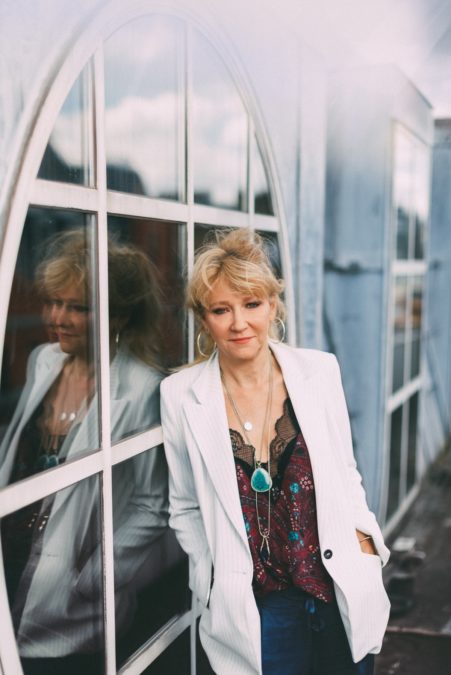 With her production company, Sonia Friedman has developed and produced more than 160 shows in London and New York since 1990, making her one of the most powerful and prolific producers. In Broadway.com’s new series Industry Insider, we talk to the people who make the theater community special, even though they are not center stage.

How We Describe Her Job: The head of Sonia Friedman Productions, the international powerhouse company that has garnered a staggering 48 Olivier Awards and 24 Tony Awards.

How She Describes Her Job: “The person at the center of the process who invariably can come up with the idea and pulls together all the creative and business elements into one. I have an overview of everything from conception through to delivery and beyond. The best producers, in my experience, are the ones where you let the creative team that you've pulled together get on with their job. [You] check in with them and can be the objective outside eye but do not meddle with the creative process too much—because, otherwise, why aren't you directing it or writing it yourself? Creatively, the producer should never be the smartest person in the room.”

Career Highlights: With such a long list of credits and accolades, Friedman says it is impossible to pick out highlights. “What I'm doing today is the thing that matters most, but that'll change next week,” she says, adding that her passion fuels her abundant output: “That is why I produce the amount I do—because I am always falling in love, and I have enough room in me to have many, many things I love at the same time.”

Onward: Friedman just wrapped a particularly fruitful theatrical season with her hugely popular production of Harry Potter and the Cursed Child netting six Tony Awards, including Best Play. But Friedman is always looking through the windshield and not the rearview mirror. “By September, I'll have six productions in the West End, and I'll have three on Broadway, if you include Ink,” she says. “Then I've got two or three new productions coming up in January. There's a constant flow of work. The great thing is often they don't go; they stay around for a while. That means my production company is just building and getting larger because the shows don't disappear fast. They have a long life ahead of them.”

A Doll’s House: Friedman grew up with a concert-pianist mother, violinist father and musical siblings, including director/performer Maria Friedman. Yes, the producer says her love of theater came from the simplest source: storytelling. “From my earliest memories. My brother and I made up plays. We made up stories. We wrote plays, and we recorded them and put them to music. We were children who just got lost in stories, partly because our real life wasn't that great. We loved the stories that we told to each other. I didn't know we were doing theater then, but that's what we were doing. I also would spend huge amounts of my time—later in my childhood, when all my siblings had left home—on my own with my giant-size doll's house, which was actually a linen cupboard that I created into a dollhouse, and I would create stories myself. As I think about my career now, my most exciting moment in the process is when I get the set model, which is basically a doll's house. I begin to imagine what this thing could be.”

Super Fan: With her love of storytelling, did Friedman ever consider becoming a performer herself? “I'd love to have performed,” she says, “but I wasn't quite good enough. I think that's one of the driving factors for what I do: I have such admiration for actors and musicians, particularly. I wasn't quite courageous enough, actually, to do it. You know, my sister, Maria, who had a gift from the gods vocally, and my brother who’s the most extraordinary violinist. I wasn't going to be quite as good as them and never could have been. Thankfully, I chose not to follow in that path because I think I would have had a disappointing career. But, I admire what they do so much. I'm a fan, you know? I will always be a fan of artists, actors and theater.”

Backstage Buzz: Friedman started her career as a stage manager. “When I go backstage now and I pass the props table…Just to see a prop I've seen on stage an hour beforehand, I still get a buzz. I get a kick out of going into dressing rooms. I love being behind the scenes.” In addition to being a stage manager, Friedman started working on gala fundraising for AIDS awareness. Her charity work led her to change paths: “I realized what I had been doing was producing. I really enjoyed having a complete vision and an overview and convincing people to do something. That's how it started—I would have been probably about twenty-three at the time.” Friedman had been working at the National Theatre, where Richard Eyre was the artistic director. “He offered me an amazing opportunity when he heard that I was thinking about a change of career. He said, ‘Why don't you produce here at The National?’ So, that's really how it started.”

A Matter of Taste: With so many triumphs, one has to wonder how Friedman would describe her taste in theater. “It's the big unknown, right?” she muses. “I can't describe why I chose the sofa in my living room, and I can't explain to you why a piece of work will make me cry. It's just what I like and what I connect to; It's what I'm feeling when I wake up in the morning. It's what is making me angry. Everything is an emotional response. It changes. It moves. It's impossible to pin down.”

Driving Force: Friedman clears up what might be a misconception about producers. She balances the tremendous responsibility with a sunny outlook. “I think producers are fundamentally optimistic people. It’s really quite a hard job. Having said that,” she explains, “I can put everything into context because it's a hard job in relation to the industry you work in, but it's not a hard job in relation to a lot of people's work, frankly. We're very lucky to do what we do every day. You can have something that has not quite worked or, you know, something that disappointed the critics or whatever, and you have twenty-four hours feeling wounded and then suddenly you find yourself back on the horse and striking out again. It’s exciting because you've got your next thing. I live in a world of nonsense—it’s sort of a negative place because I'm a producer who is always worrying about what might go wrong. But, I’m fundamentally optimistic about our industry and optimistic about what we can achieve and the work that we do. I thrive on audiences, their reactions and laughter. That is a sort of an addiction. It drives me.”

The Horizon: Friedman is blasé about what she has yet to conquer in her illustrious career: “I'll know when that comes. I've got so many things I want to do, but I don't necessarily know what they are. I'll know immediately when they land on my desk if it's the right thing. I will always—I hope—be looking for my next thing. I also hope that the moment when I feel I've run out of ideas, or that my ideas aren't necessarily in step with the world, I will sort of close my door quietly and say, ‘That was a good career.’ I don't necessarily think I'll just keep going until I drop dead. I don't know that I will be able to keep this up forever.”