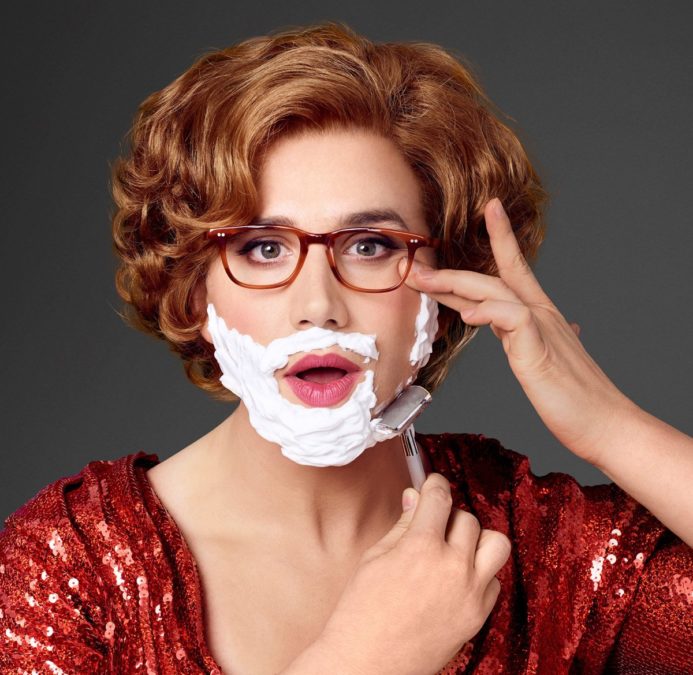 Tootsie, the new musical based on the acclaimed 1982 comedy classic, is heading to the Great White Way this spring. The story follows talented but difficult actor Michael Dorsey, played by Tony nominee Santino Fontana, who struggles to find work until an audacious, desperate stunt lands him the role of a lifetime. Counting down the days until you you get to see Fontana in the role originated by Dustin Hoffman? Look no further! Enjoy the fun shot above, and see Tootsie when it begins Broadway performances on March 29, 2019. The production is scheduled to open on April 23, 2019 at the Marquis Theatre.