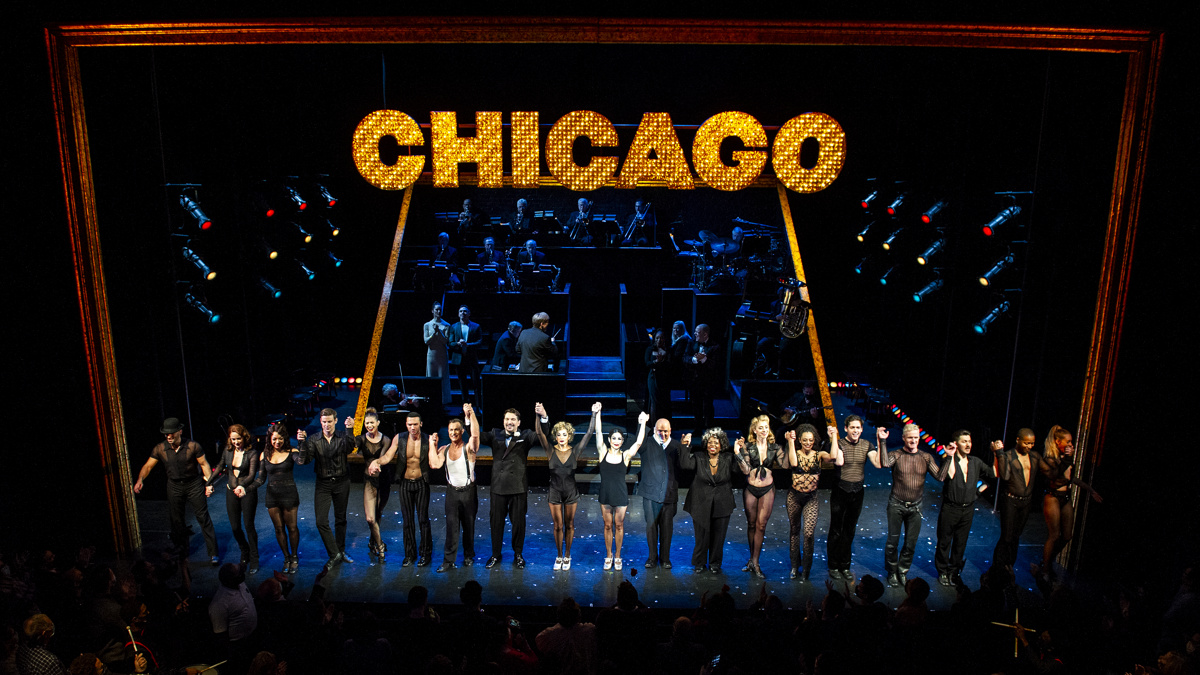 Do you have all that jazz? Chicago sure does! The long-running musical celebrated 25 years on Broadway on November 16 at the Ambassador Theatre, and now you can join in the fun by checking out the photos below. The celebration began on the iconic red steps in Times Square with a marching band and slew of Chicago-inspired dancers that marched their way to the red carpet outside the theater. It was a star-studded affair with several former cast members arriving, including original stars Bebe Neuwirth, Joel Grey and James Naughton, who also took the stage to receive a gift from Anne del Castill, the commissioner of the New York City Mayor’s Office of Media and Entertainment, proclaiming it officially Chicago Day! Longtime Chicago cast member Charlotte d’Amboise also performed a moving dance piece in honor of the late Ann Reinking. As reported, Chicago resumed performances on September 14 starring Ana Villafañe as Roxie Hart and Bianca Marroquín as Velma Kelly with Tony winners Lillias White as as Matron “Mama” Morton and Paulo Szot as Billy Flynn.  Check out the photos of the celebration below!