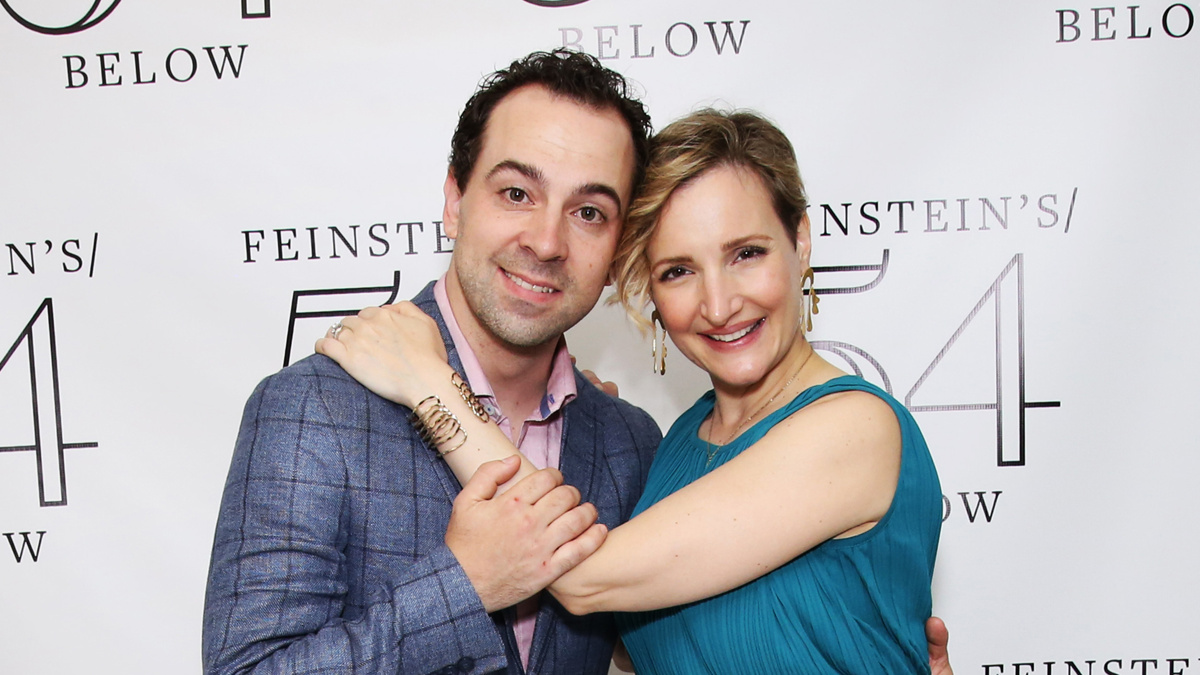 On the latest episode of Broadway Profiles with Tamsen Fadal, Broadway.com’s Editor-in-Chief Paul Wontorek spoke with theater couple Rob McClure and Maggie Lakis. McClure was only three performances into leading the new Mrs. Doubtfire musical when Broadway shut down last year due to COVID-19. “I still don’t know if I fully processed the sort of grief of the loss of that moment,” he said. “I just jumped right into, ‘Protect yourself. Protect your family. Wear a mask.'”

McClure and Lakis have a toddler named Sadie, and they have been able to spend more time with her while stuck at home. “It’s a gift that we’ve had this time,” Lakis said. “It’s such a formative time in her life.” Nevertheless, the couple is looking forward to calling a babysitter later this month when they return to the stage in Treasure Island at the drive-in at Radial Park at Halletts Point Play. “It can be socially distanced. It can be safely done. It will be a live in-person performance,” McClure said of the event, which is taking place on May 14 and 15. “Both of us were like, ‘When?! We’ll be there!'” Watch the interview below, and head here to check your local listings for Broadway Profiles. Hosted by Emmy-winning anchor Tamsen Fadal and powered by Broadway.com, it is the only nationally syndicated weekly theater news program.