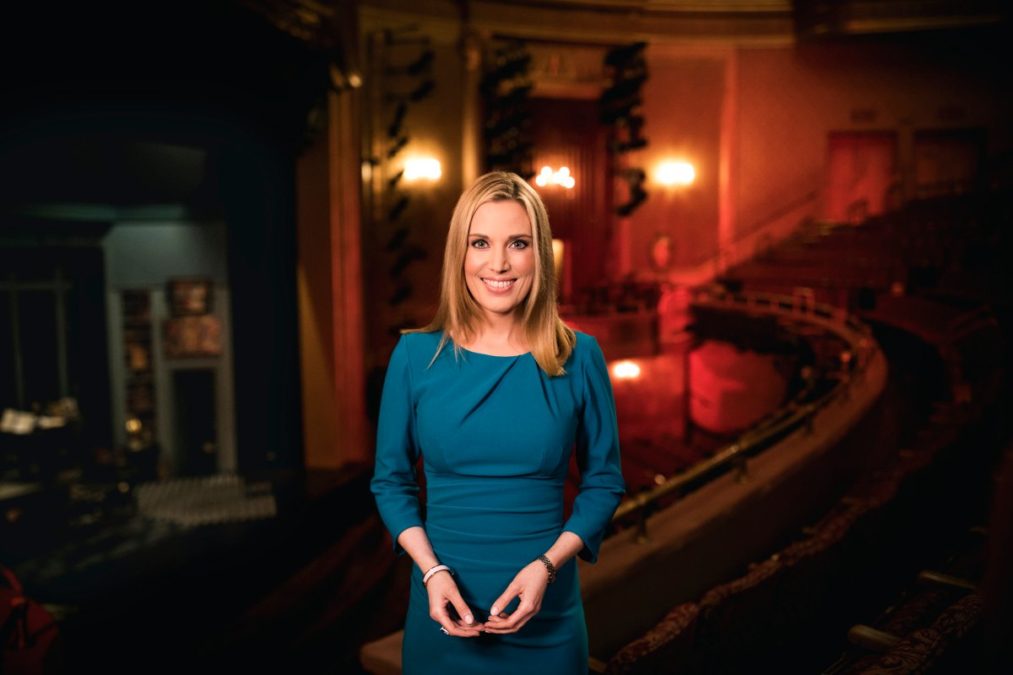 The John Gore Organization proudly accepted a New York Emmy Award on April 14 in the category of Special Event Coverage (Other Than News and Sports) for Broadway.com Presents at the Tonys with Imogen Lloyd Webber. The Tony Awards special was executive-produced by John Gore, Lauren Reid and Rich Jaffe, produced by Paul Wontorek, co-written by Wontorek and Beth Stevens, and directed by Dana Calderwood. This marks the first Emmy Award for Broadway.com and the John Gore Organization, which also received nominations for Broadway Profiles with Tamsen Fadal: And the Tony Goes To… and At the Tonys with Imogen Lloyd Webber in the Arts: Program/Special category.

WPIX anchor Tamsen Fadal received two Emmys at the ceremony, including one in the category of Talent: Commentator/Editorialist/Program Host/Moderator for her work as host of Broadway Profiles with Tamsen Fadal: And the Tony Goes To…

The half-hour special At the Tonys with Imogen Lloyd Webber put a spotlight on the 2017 Tony Award-nominated productions for Best Musical, Best Play, Best Musical Revival and Best Play Revival and the creative teams and actors who received nods this past season. Shows featured included Hello, Dolly!; A Doll's House, Part 2; Dear Evan Hansen; Come From Away; Groundhog Day; Natasha, Pierre & the Great Comet of 1812; Oslo; Indecent; Sweat and many more.

In addition to appearing as weekly on The Broadway.com Show, broadcaster and writer Imogen Lloyd Webber is currently the Vice President of The Musical Company and PEOPLE Now's Royals Correspondent. Her book The Intelligent Conversationalist: 31 Cheat Sheets That Will Show You How to Talk to Anyone About Anything, Anytime was published in June 2016 by St. Martin's Press.

Presented by the New York Chapter of The National Academy of Television Arts and Sciences, the Emmy Awards were presented at the Marriott Marquis Hotel in Times Square.