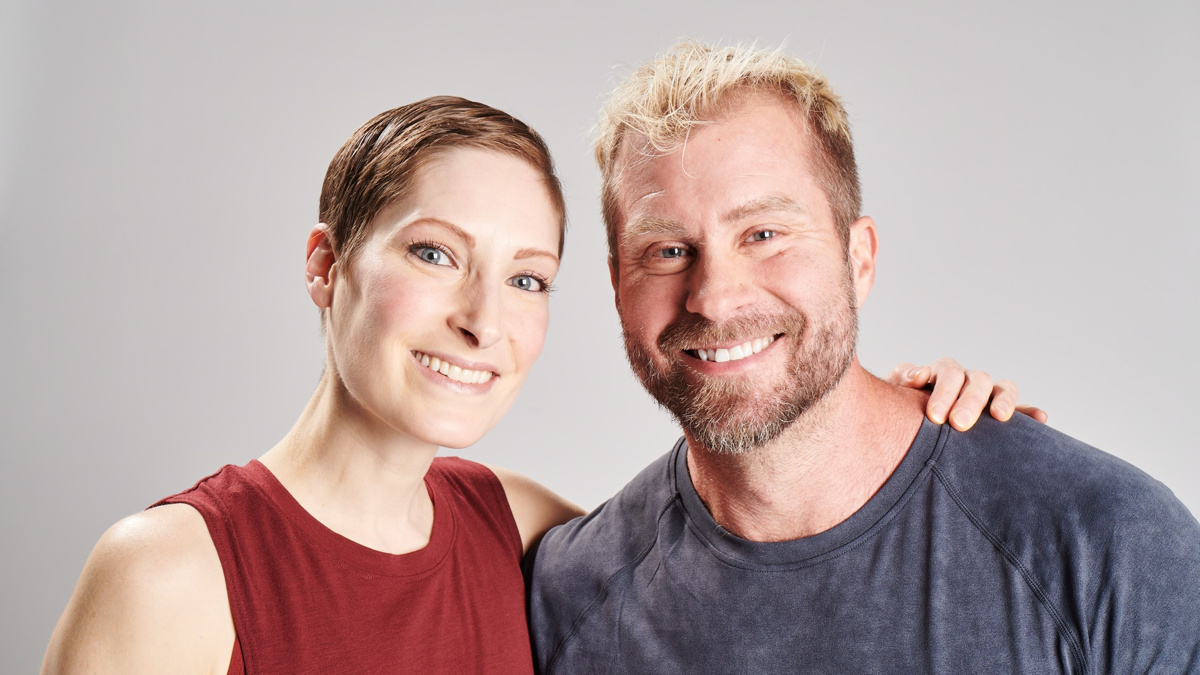 In June 2013, Broadway and ballet dancer Catherine Wreford Ledlow was diagnosed with brain cancer and given two to six years to live. Now, nine years later, Ledlow is “past her expiration date” and showing the world how tough she is by competing on The Amazing Race Canada alongside her best friend of 25 years and fellow Broadway dancer Craig Ramsay. The two caught up with Broadway.com editor-in-chief Paul Wontorek on a recent episode of The Broadway Show with Tamsen Fadal to talk about Ledlow’s diagnosis, their Broadway roots and more.

The eighth season of The Amazing Race Canada is currently airing on CTV, and Ledlow and Ramsay are having fun experiencing the show as viewers. “We’re at the same time as everybody else is—we don’t know how they’re going edit them,” Ledlow said. “It’s nice to see that they are making us be best friends, which is actually true. The Race brought us even closer together, I didn’t know that that was possible, but it did.”

Ramsay says competing has cemented the importance of the life-long friendship. “Authentically, what people are able to see is 25 years of friendship with the extremes,” he said. “Catherine and I have such a unique, great relationship that I hope a lot of people able to experience at some point in their life. If there’s one thing we learned from doing The Race, it’s that you deserve, especially out of this pandemic, to get your best friend and go travel. Go take a weekend, a week, and get rid of your phone. Put it down and just spend time on each other and reconnect.”

The pair first met at Winnipeg Ballet and have been with each other from ballet to Broadway. Ledlow made her Broadway debut at age 21 in 42nd Street and also appeared in Oklahoma! and on the road with Annie Get Your Gun. Two years later, Ramsay began his Broadway career, appearing in Fiddler on the Roof and Chitty Chitty Bang Bang. “We were both loud, and that’s unique in the ballet world,” Ramsay said. “We instantly knew we needed each other as a support team and system. Although ballet is our foundation, our true first love is in the entertainment industry and we did want to explore different outlets. We only had each other, really, at that time. It’s so hard to be in this business where there is so much judgment, but we always pulled each other up. That really helped us in this Amazing Race experience.”

The two friends are committed to each other through all of life’s struggles, including a life-alterating diagnosis. “Craig had been visiting me and we were doing a workout with my newly born daughter who was five weeks, and I said we had to stop, Ledlow said. “He told me to go to the doctor because I never stopped doing anything. We went in and found a tumor in my head bigger than my fist. It was removed a couple of days later and I couldn’t speak or do anything much. It was really rough, and they gave me two to six years to live. I want to perform, I want to be on stage, I want to inspire people. I want to show people that just because I have brain cancer, it doesn’t count me out from anything. I want people to know that I work really hard, and things are much harder for me now than they were before. I want to show my kids that their mummy was tough.”

Ramsay continues to be in awe of Ledlow’s strength and determination, and hopes viewers at home feel the same. “I am just constantly amazed with Catherine,” he said. “She puts things into perspective for me. We’re worried about learning lines or choreography, imagine having part of your brain, your short-term memory, wiped away. Catherine is still performing, and able to somehow defy medical odds and be able to memorize and do this spectacular work. She’s put on this earth for a purpose, and the universe is certainly aligning her journey to be so universally inspiring.”

Fans of The Amazing Race Canada will have noticed that the duo recently had to leave the show due to testing positive for COVID-19, but fear not! Both Ramsay and Ledlow have been teasing their return to the race telling viewers to “keep watching” to find out what happens next.

Watch the video below, and head here to check your local listings for The Broadway Show. Hosted by Emmy-winning anchor Tamsen Fadal, it is the only nationally syndicated weekly theater news program.