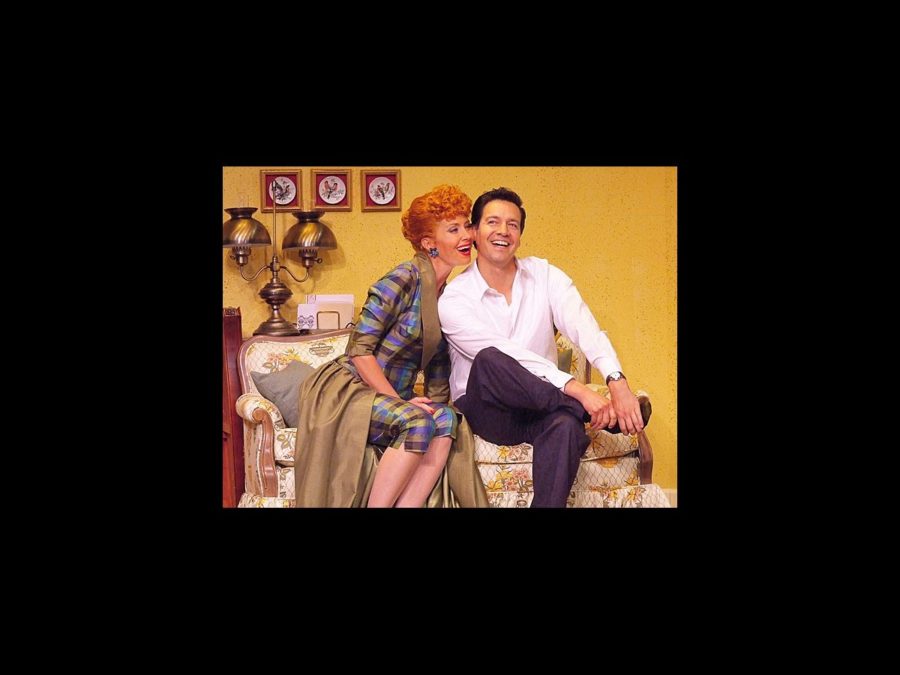 
TV’s most iconic redhead is scoring big laughs once again. I Love Lucy Live On Stage is playing Citi Emerson Colonial Theatre through December 22, where Boston audiences and critics alike are singing its praises. The new stage show recreates two classic episodes of I Love Lucy while putting audience members in the seats of the Desilu Playhouse where the real show was filmed. The famous foursome is brought to life on stage by Sirena Irwin as Lucy, Bill Mendieta as Ricky, Joanna Daniels as Ethel and Kevin Remington as Fred. Read what local reviewers had to say about the innovative show, then get your tickets to reunite with the Ricardos and the Mertzes!

“I Love Lucy Live On Stage is downright funny thanks to its brilliant cast. That giant applause sign wasn’t necessary for instructional purposes; there was no questioning when to applaud for Sirena Irwin.” —Tessa Roy, Emertainment Monthly

“I Love Lucy Live On Stage is an enjoyable theatrical endeavor with plenty of laughs.” —Juliet Pennington, Sun Chronicle

“This is theater as comfort food. But on that level, it’s pretty tasty.” —Don Aucoin, Boston Globe

“For we Baby Boomers, it’s a pleasant walk down Memory Lane with some of the most beloved characters in television history.” —Rich Fahey, On Boston Stages

“You will leave with the theme to I Love Lucy stuck in your head. —Gwenn Friss, Cape Cod Times