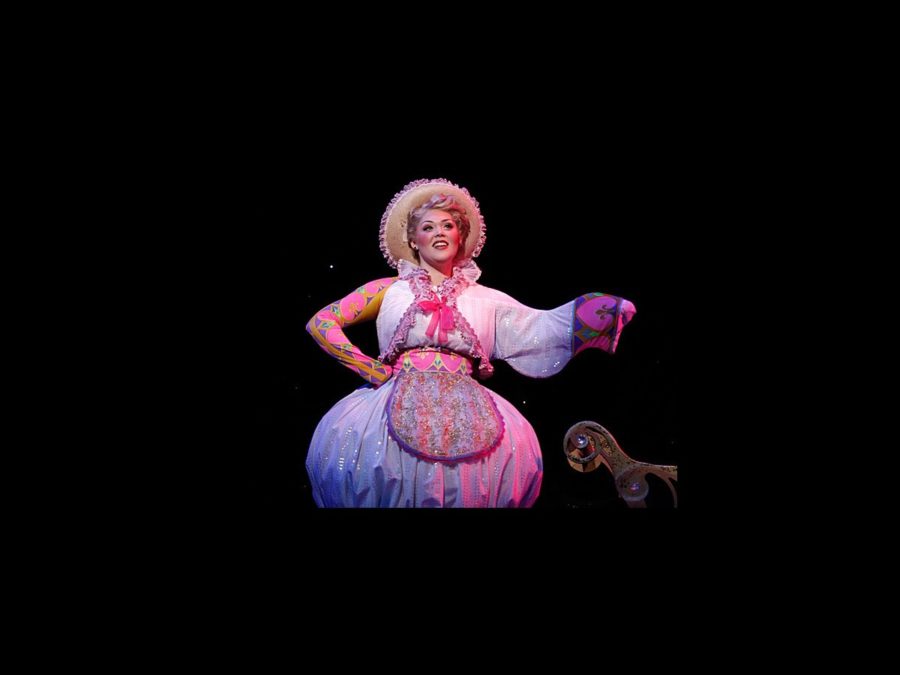 Beauty and the Beast’s Julia Louise Hosack on Playing Mrs. Potts and Pep Talks From Her Many Chips


About the Author:
Julia Louise Hosack plays Mrs. Potts, mother to the loveable teacup Chip, in the national tour of Disney’s Beauty and the Beast. She has previously appeared in regional productions of Oklahoma! and Fiddler on the Roof. Below, Hosack chronicles her rise from ensemble performer to top pot in the cupboard and the various Chips that have helped her along the way.

Being a teapot is never easy, especially when your co-star happens to be an adorable young teacup. Such is my luck, touring the country with these talented children. I have worked and performed with seven Chips to date, ranging from seven to 10 years old. Each one has been unique, which makes my job that much more exciting and fun every night.

I have not always had the pleasure of being Mrs. Potts and performing the ballad “Beauty and the Beast.” I started with this tour clinking and battement-ing (a ballet move, for the non-dance inclined) my heart out in the ensemble while understudying the role of the mother teapot. I will never forget the first time I was quickly put on stage as Mrs. Potts and the actor playing Chip was there to calm me down.

We had just arrived in Sioux City, Iowa for sound check. Our dance captain came into the ensemble dressing room with a look of surprise on her face to tell me I was going on for Mrs. Potts in an hour and a half. I couldn’t help but laugh and then cry. My understudy costume wasn’t ready yet, and I only knew about 75 percent of the blocking. It was all a whirlwind, but after a good cry and a call to my parents, it was time for me to sink or swim. Swim I did, thanks in part to Reese Diaz, my Chip for that performance.

Backstage, he could sense how nervous I was. Sweat beaded on my forehead and my “spout” shook, which probably tipped him off. He told me knock-knock jokes the entire night to keep me calm and ran over my blocking with me to keep my mind focused. He held me together when my brain was going a million miles a minute. Reese was the calm to my storm that night. That’s one thing that I have realized working with these children; you never have to go too far for wisdom. And Legos still make awesome toys.

Sebastian Thomas is a pure example of both. He was our fifth Chip, and the most kind-hearted and wise nine year old I have ever met. One day in Chicago, I was down on my luck. Seeing this, Sebastian sat me down and asked what was wrong. After listening, he took a deep breath and responded, “Julia, sometimes life on tour isn’t fair.” I was in shock. I couldn’t believe that a nine year old was giving me such insightful information. Teary-eyed, I looked at Sebastian and gave him the biggest hug and thanked him. Not only was this kid talented and adorable, he was giving me advice about life! I still chuckle when I think about that moment. Sebastian was also my Chip the night I auditioned for Mrs. Potts for our creative team in Oklahoma City. After I got the news that I was to be the new Mrs. Potts, Sebastian was elated and ran to give me a huge hug. How exciting it was for both of us; his Lego buddy was now going to be playing his mother every night.

It is these individual personalities and relationships that keep the show fresh and exciting after over 560 performances (and counting!). That being said, you can catch me watching in the wings during “Gaston,” the mug-clinking tavern number (I remember all of the choreography), and my heart still soars when Belle is revealed to the Beast in her iconic gold dress. Singing the title song every night isn’t too shabby either.

See Hosack and the rest of the enchanted objects when Beauty and the Beast arrives in Boston from May 29 through June 3.