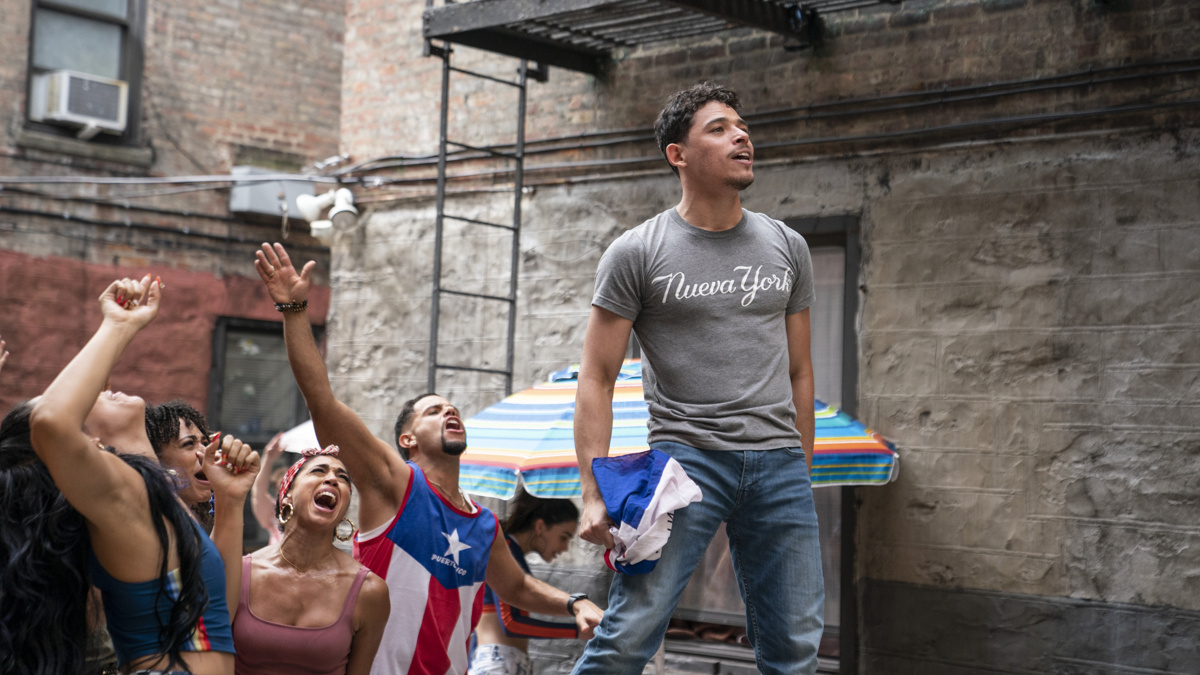 Lights up! The newest episode of Broadway Profiles features an interview with Hamilton original cast member Anthony Ramos, who stars in the film version of Lin-Manuel Miranda‘s In the Heights, which is set to hit theaters and premiere on HBO Max on June 11. Ramos played the lead role of Usnavi previously in a staging of the show at the Kennedy Center in 2018. “It was really special to play this part in the film version and to actually be filming in the streets of New York,” he told Broadway.com Editor-in-Chief Paul Wontorek. “It was one of the best experiences I’ve ever had in my whole life.”

In the Heights is a musical about a community that calls Washington Heights home. Ramos drew inspiration for his performance from someone he knew personally. “Aren’t we all just a person working somewhere who has a crush and is just trying to figure out everything?” Ramos joked. “He reminded me of this man who ran this bodega around the corner from where I grew up. His name was Leo. He knew all the gossip. He knew everything that was happening on the block. Everybody was coming in and out of his store. He was that dude you looked forward to seeing when you came into the bodega, that little piece of joy. I think Usnavi represents that.”

Watch the video below, and head here to check your local listings for Broadway Profiles. Hosted by Emmy-winning anchor Tamsen Fadal and powered by Broadway.com, it is the only nationally syndicated weekly theater news program.