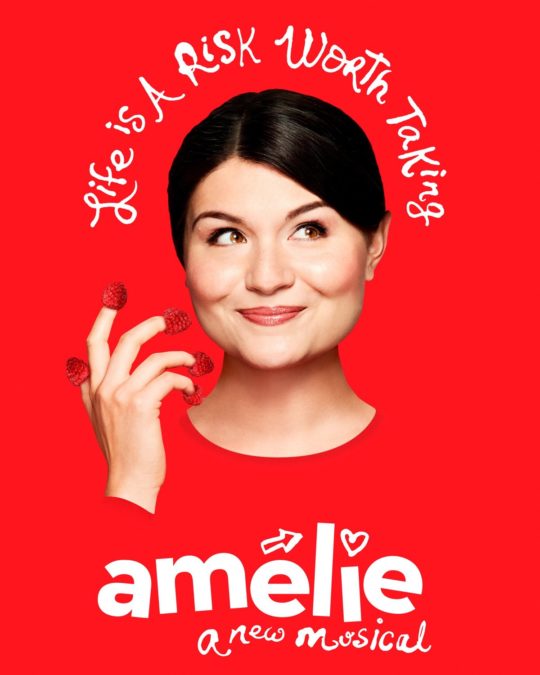 Before the New York run, the musical is scheduled to play a limited pre-Broadway engagement December 4 through January 16, 2017 at Los Angeles's Ahmanson Theatre. Joining Soo in both L.A. and New York will be Adam Chanler-Berat as Nino; additional cast for the Broadway run will be announced at a later date.

Soo received a Tony nomination earlier this year for her performance as Eliza in Hamilton. She also appeared off-Broadway in Natasha, Pierre and the Great Comet of 1812 (in the title role, now played on Broadway by Denée Benton) and on screen in Smash. Chanler-Berat has appeared on Broadway previously in Peter and the Starcatcher and Next to Normal. His additional credits include The Fortress of Solitude and Fly by Night.

Directed by Pam MacKinnon and based on the 2001 French film, Amélie features music by Daniel Messé, lyrics by Nathan Tysen and Messé, along with a book by Craig Lucas. The musical follows the journey of the inquisitive and shy Amélie (Soo) who turns the streets of Montmartre into a world of her own imagining, while secretly orchestrating moments of joy for those around her. After discovering a mysterious photo album and meeting a handsome stranger, Amélie realizes that helping others is easier than participating in a romantic story of her own.

The Walter Kerr's current tenant Falsettos will end its limited engagement on January 8, 2017.